home What we do Facility Introduction heat supply facility 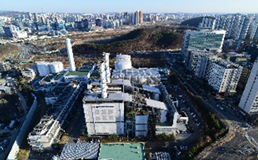 Unlike conventional power generation facilities that produce electricity only, electricity and heat are produced simultaneously to maximize energy utilization efficiency. 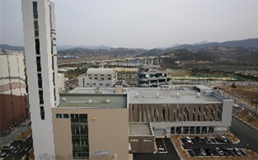 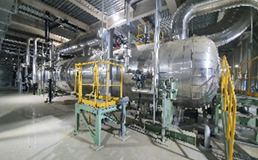 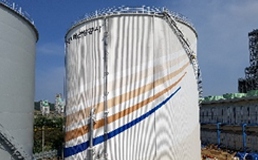 As a facility that temporarily stores heat for district heating, it is used as an emergency heat source, maintaining the flexible operation of heat production facility and the appropriate pressure for the entire district heating piping by heating it at low heat demand and releasing it when necessary. 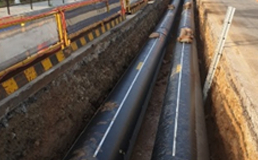 As a pipe that carries heat from a heat production facility to a heat use facility, it has a supply pipe and a recovery pipe. It is used to prevent heat loss during transport.